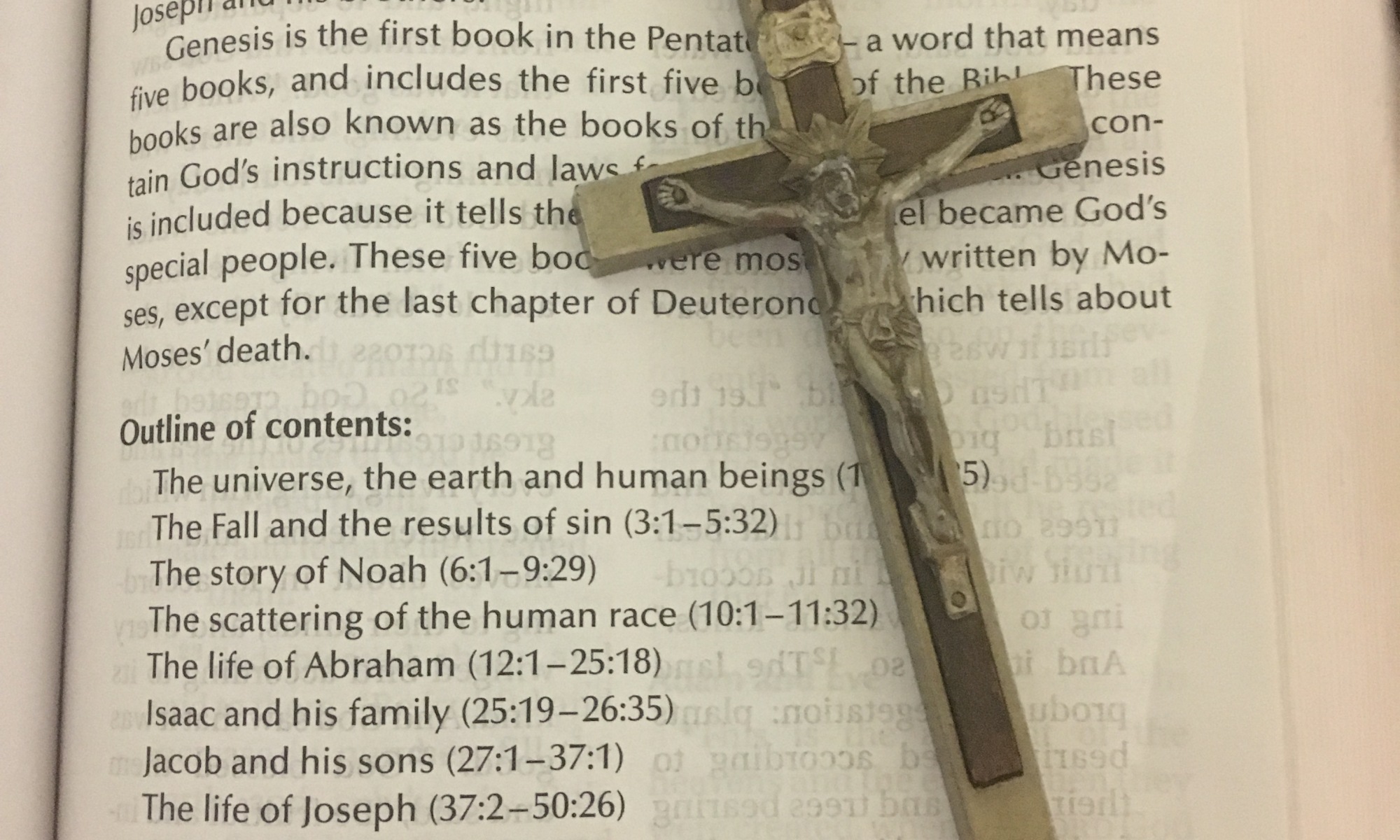 Two reasons that young earth creationists (YECs) believe the earth is around six thousand years old are their interpretations of the Hebrew word “yom” in the book of Genesis and their computation of the years in the lifetimes of the people listed by Matthew and Luke in Jesus’ genealogies. The present article seeks to refute these reasons by using Biblical passages in support of an old earth.

Several of the Verses in Question

Genesis 1:9 “And God said, ‘Let the water under the sky be gathered to one place, and let dry ground appear.’”

Two characteristics of the earliest conditions on earth from the perspective of one on the earth recounting its beginnings in Genesis are (1) darkness and (2) that water covered the earth’s entire surface.

Psalm 104:6 highlights the latter: “You covered it with the watery depths as with a garment; the waters stood above the mountains. But at your rebuke the waters fled, at the sound of your thunder they took to flight; they flowed over the mountains, and went down into the valleys to the place you assigned for them.”

According to astrophysicist Dr. Hugh Ross (2018, pp. 35), “Astronomers estimate that Earth’s primordial atmosphere was at least 200 times more massive than our current atmosphere. So light from the Sun (or stars and other heavenly objects) would have been unable to penetrate the earth’s early surface. No life-supporting landmasses would have existed on early Earth either. Initially all the land in Earth’s rocky crust lay below the surface of the deep. Islands and continents arose gradually – think hundreds of millions of years – as a result of volcanism (volcanic activity) and plate tectonics (movements and collisions of large crustal sections).” In other words, scientific findings support the Biblical story of creation.

Yet the question remains. Was the earth created in six 24-hour days or were “days” representative of periods of time? The Hebrew language contains only 8,700 words, so oftentimes words have multiple meanings. For example, the word “yom” can mean a 24-hour day, a specific period of time, a vague period of time, or a year.

YECs believe that the six days of creation were 24-hour days, particularly since they note the inclusion of evening and morning on each of the creation days. Evenings and mornings require sunrises and sunsets, yet the sun did not appear until day four. Accordingly, the use of the evening and morning could be instead suggesting the beginning and ending of certain periods of time. Other passages in the Bible support this assertion.

Psalm 30:5 “For his anger only lasts a moment, but his favor lasts a lifetime; weeping may stay for the night, but rejoicing comes in the morning.

Psalm 90:5-6 “Yet you sweep people away in the sleep of death – they are like the new grass of the morning: In the morning it springs up new, but by evening it is dried and withered.”

The following sampling of Bible verses present various uses of the word “yom.”

The Multiple Meanings of Yom

Genesis 4:3 “In the course of time Cain brought some of the fruits of the soil as an offering to the LORD.”

Genesis 40:4 “After they had been in custody for some time”

Deuteronomy 19:9 “because you carefully follow all these laws I command you today – to love the LORD your God and to walk always in obedience to him.”

Amos 8:11 “Behold the days are coming says the Lord God that I will send a famine.”

Psalm 23:6 “Surely your goodness and love will follow me all the days of my life and I will dwell in the house of the LORD forever.”

Based on these passages and in conjunction with scientific discoveries concerning the creation of the universe and of the earth, I agree with Biblical interpretations that support an old earth and suggest that yom in the first chapter of Genesis is a longer period of time. Click here for a related discussion: http://www.godandscience.org/youngearth/yom_with_number.pdf.

An additional theory is the author intended a dual meaning for yom as both a 24-hour day in a seven day week and the additional period of extended time. The former is to set the precedent for rest on the Sabbath and the latter explains the formation of the universe. Please click here for a discussion on this topic: http://www.hope-of-israel.org/yominGenesis1.html

The Date of Creation

According to the Gospel Coalition, in 1650 Bishop James Ussher determined that creation began on October 23, 4004 BC by adding up three periods in the Bible: Creation to Solomon, Solomon to the destruction of the temple in Jerusalem and the Babylonian captivity, and Ezra and Nehemiah to the birth of Jesus.

An early rebuttal of Ussher’s dating came from Dr. William Henry Green, who was a professor of Old Testament at Princeton Theological Seminary in the late 1800s. Please note that this rebuttal is dated well before the Big Bang theory of creation in 1925, which suggests the universe had a start date 13.8 billion years ago. In other words, Dr. Green was not trying to match science with the Bible. He was asserting his position based on his proper Biblical interpretations.

“In 1863, I had occasion to examine the method and structure of the biblical genealogies, and incidentally ventured to remark that herein lay the solution of the whole matter. I said: “There is an element of uncertainty in a computation of time which rests upon genealogies, as the sacred chronology so largely does. Who is to certify us that the antediluvian and ante-Abrahamic genealogies have not been condensed in the same manner as the post-Abrahamic? . . . Our current chronology is based upon the prima facie impression of these genealogies. . . . the popular chronology is based upon a wrong interpretation, and that a select and partial register of ante-Abrahamic names has been mistaken for a complete one….

It can scarcely be necessary to adduce proof to one who has even a superficial acquaintance with the genealogies of the Bible, that they are frequently abbreviated by the omission of unimportant names. In fact, abridgment is the general rule, induced by the indisposition of the sacred writers to encumber their pages with more names than were necessary for their immediate purpose. This is so constantly the case, and the reason for it so obvious, that the occurrence of it need create no surprise anywhere, and we are at liberty to suppose it whenever anything in the circumstances of the case favors that belief” (Gospel Coalition, 2018).

According to Dr. Green, the following genealogical passages included intentional omissions: Matthew 1; Ezra 7: 1-5; 8:1-2; Numbers 3:19, 27, 28 and 1 Chronicles 26. Since all of the people in Biblical genealogies are not listed, using them to establish a date of creation is erroneous.

The Genealogies of Jesus

Interestingly, Matthew’s Gospels include a link to Jeconiah, yet in Jeremiah 22:24-30, the LORD made it clear that no descendant of Jeconiah would be given the right to David’s throne. Since Joseph is not in Jesus’ blood line and Jeconiah is excluded from Mary’s genealogy, the virgin birth (predicted in Isaiah 7:14) is underscored. See the Jews for Jesus for a related discussion: https://jewsforjesus.org/publications/issues/issues-v05-n06/the-genealogy-of-the-messiah/

In conclusion, the Bible provides us with evidence that the six days of creation were not literal 24-hour days and that Jesus’ genealogies were abbreviated to exclude unimportant names. Readers can take comfort that the Bible supports scientific findings in cosmology and geology. Science is not the enemy of Christianity. In contrast, science gives us evidence in its support!