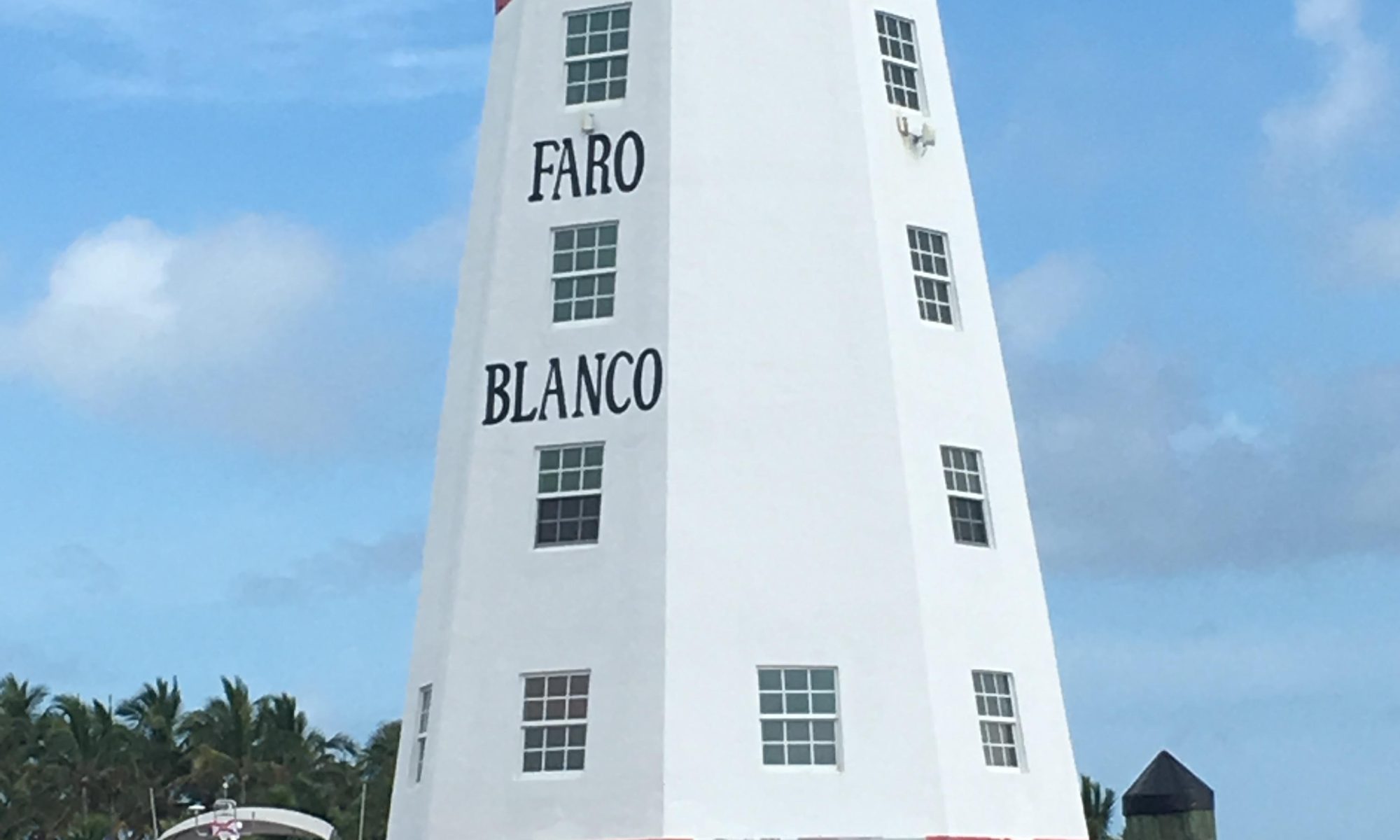 Pop quiz! In which country of the world do women make more money than men? According to the Organization for Economic Cooperation and Development (2020), no country has reached the mark. Women average around 87 cents on a man’s dollar globally. At first blush, these numbers call to mind the “old boys’ club” and the “glass ceiling,” yet is there more to the story than that?

My story offers an illustration of one reason pay disparities may exist. After having almost completed a highly rigorous Ph.D. in business administration, I found myself on the job market with a handful of interviews lined up. I had around ten interviews scheduled with universities all over the United States, along with three campus visits in Florida, Georgia, and South Carolina. I interviewed at the University of Tampa (UT) in the spring of 2007, which was rather late for interviews given the start date was in the fall. After having spent five long years in a Ph.D. program with minimal pay, I really needed to start making a decent salary as a solid supplement to my husband’s. We were married while in the program and had two sons, so the financial needs in our home were starting to pile up.

While waiting for “the call” from the dean or provost, my husband and I were driving down A1A on a sunny, yet very chilly day. It was around 35 degrees in Southeast Florida, which sent chills up our spines. We were accustomed to much more balmy weather. That was the moment that my husband said I better get the job in Tampa because he wasn’t moving any further north than Orlando. I canceled the other two interviews and waited anxiously for “the call.”

Finally, it arrived. The provost offered me a decent salary and rather than negotiate (and after having shared the offer with my husband), I called her back to let her know I was thrilled to become an assistant professor at UT. After my first year at UT, a male colleague who’d been hired in the same department at the same time inquired about my salary. He couldn’t believe the difference between his salary and mine (as he was a better negotiator). Unbeknownst to me, he went to our dean and renegotiated my salary, raising my salary significantly! My story is not unusual.

Multiple studies have shown that women negotiate less than men or ask for lower salaries than men.[i]  Women tend to be more agreeable,[ii]  which may mean they’re more accepting of lower salaries, while men may be likely to be more disagreeable during job offers. Men care about compensation more than women, and women are less likely to apply for a promotion if they’ve been rejected for a similar executive job in the past.[iii]

According to Warren Farrell,[iv] author of “Why Men Earn More: The Startling Truth Behind the Pay Gap,” women often put a premium on autonomy, fulfillment, safety, flexibility (25 to 35-hour work weeks and proximity to home). Farrell has also found that men average more hours and they are more likely to take dirtier, more dangerous, and outdoor jobs (such as garbage collecting, deep-sea fishing, trucking, mining, and construction). They are also more likely to travel for their jobs, to relocate, and to train for technical jobs with fewer people.  Men choose higher-paying jobs, such as those in the STEM fields. Women are also more likely to take time off during their careers to care for their children since many still adhere to traditional gender norms.

Pay may be more promising at the highest levels for women. In one longitudinal study of a matched sample of male and female Fortune 1000 chief executive officers (CEOs), the authors factored in crosstabs with age by education, finding no significant differences in total compensation.[v] However, they did find gender is moderated by company size, sector, membership in outside boards, and nature of the previous experiences, so including these additional variables is important to get a glimpse of the overriding narrative. In the largest companies, females had an advantage, while in smaller companies they were disadvantaged. Females were also advantaged in the Finance-Telecom-Administration sector but disadvantaged in the service sector. Women who held one outside board position (only) further had an advantage over their male counterparts. Finally, women with specialist experience had a pay advantage, while those with expert experience did not. The authors concluded that “women CEOs of large companies earn pay which is at least equal to that of male CEOs.”[vi]

Taken together, these findings are promising for aspiring women leaders. So will they “lean in?” Sheryl Sandberg of Facebook believes a better world would be one in which more women lean in and take on higher-level roles. Her position is that fewer women are applying for top management team positions because they don’t have the (perhaps sometimes unsubstantiated) confidence some men seem to have. They may also lack the desire.

In my own statistical analysis of data in the United States from the latest wave of the World Values Surveys, I discovered that men place a higher value on “work” while women place a higher value on “leisure.” Leisure could be anything from reading, exercising, or relaxing with friends. Men tend to value “things,” which is why the sciences and engineering appeal to them, while women tend to value “relationships,” which is why they choose lower-paying occupations such as nursing, teaching, and caring for young children. This is consistent with our biological and social evolution, as men traditionally went to war and worked outside of the home while women stayed home to protect, feed, and nurture their children. After thousands of years of such ingrained orientations, it is reasonable or even possible to rock the boat now? Should we even try? An even deeper dig is required at this point.

“According to the results of the study, the only group impacted at a statistically significant level (with a likelihood greater than 5 percent) were white women. Silicon Valley influencer Kieran Snyder also found that women get the short end of the stick when it comes to reviews. She looked at 248 reviews across 28 companies and found that while 58.9 percent of the reviews received by men contained critical feedback, 87.9 percent of reviews received by women did. Many of these reviews were critical of women’s personalities, with feedback on presentation and tone surprisingly common.”[vii]

People often refer to the “gender pay gap” as if it’s persistent discrimination against women based on data pulled from the OECD.  But the information pulled from the OECD is uncontrolled. The Organization for Economic Cooperation and Development (OECD) has been collecting data from males and females on pay for years, but the data collected do not control for the job type, job level, years of experience, education, or any other relevant factors that may impact pay. Fortunately, we now have a source that does control for these important factors in Payscale, which has also examined pay gaps based on ethnicities. Payscale has found pay gaps between the genders and ethnicities that are far smaller than those of the OECD, ranging from $.97 cents to the dollar white males make to $1.03.  In other words, if we set the pay of average white males at $1.00 after controlling for these important factors, we’ll find that black women make .97 cents  on the dollar; white, Hispanic, and American Indian women make $.98 cents; Native Hawaiian women make $.99 cents; black, Hispanic, and American Indian males make $.99 cents; and Asian males and females make $1.03. No one seems to be advertising that Asian females are outperforming white males, but it’s true! [ix]

At the outset, I asked whether the gender pay gap is a myth. My findings suggest that the gap is much smaller once factors such as choice, experiences, negotiations, and company size are added into the equation. Accordingly, it is spurious to apply a univariate analysis when analyzing the gender pay gap because other important factors contribute to variation.

But that’s not the end of the story. Today’s blog presents just the tip of a massive iceberg. We should never accept anything at face value as most political hot button issues have buried raging and divergent perspectives beneath surface-level narratives. The intention here is to call attention to an important topic at the political forefront today and to inspire those women who desire to advance upward in their organizations to take the chance, value themselves, and be more assertive when negotiating their salaries. While women may not be able to mitigate some persistent biases, glass ceilings, and old boys’ clubs, women are breaking barriers as never before in the quest for equality of opportunities.

Stephanie Thomason is a professor of management at the University of Tampa who teaches human resource management to undergraduate students and leadership, business communication, and cross-cultural interpersonal relationships to MBA and EMBA students. She has published on topics such as human resource selection, personality, ethical-decision making, psychological entitlement, and cross-cultural psychology. She is currently an associate director for the TECO Energy Center for Leadership at UT and the past president of the National Society for Experiential Education. You can reach her at sjpthomason@gmail.com.

[iii] Brands, R. & Fernandez-Mateo, I. (2017). Women are less likely to apply for executive roles if they’ve been rejected in the past. Harvard Business Review. February 7.  https://hbr.org/2017/02/women-are-less-likely-to-apply-for-executive-roles-if-theyve-been-rejected-before

One Reply to “Is the Gender Pay Gap a Myth?”