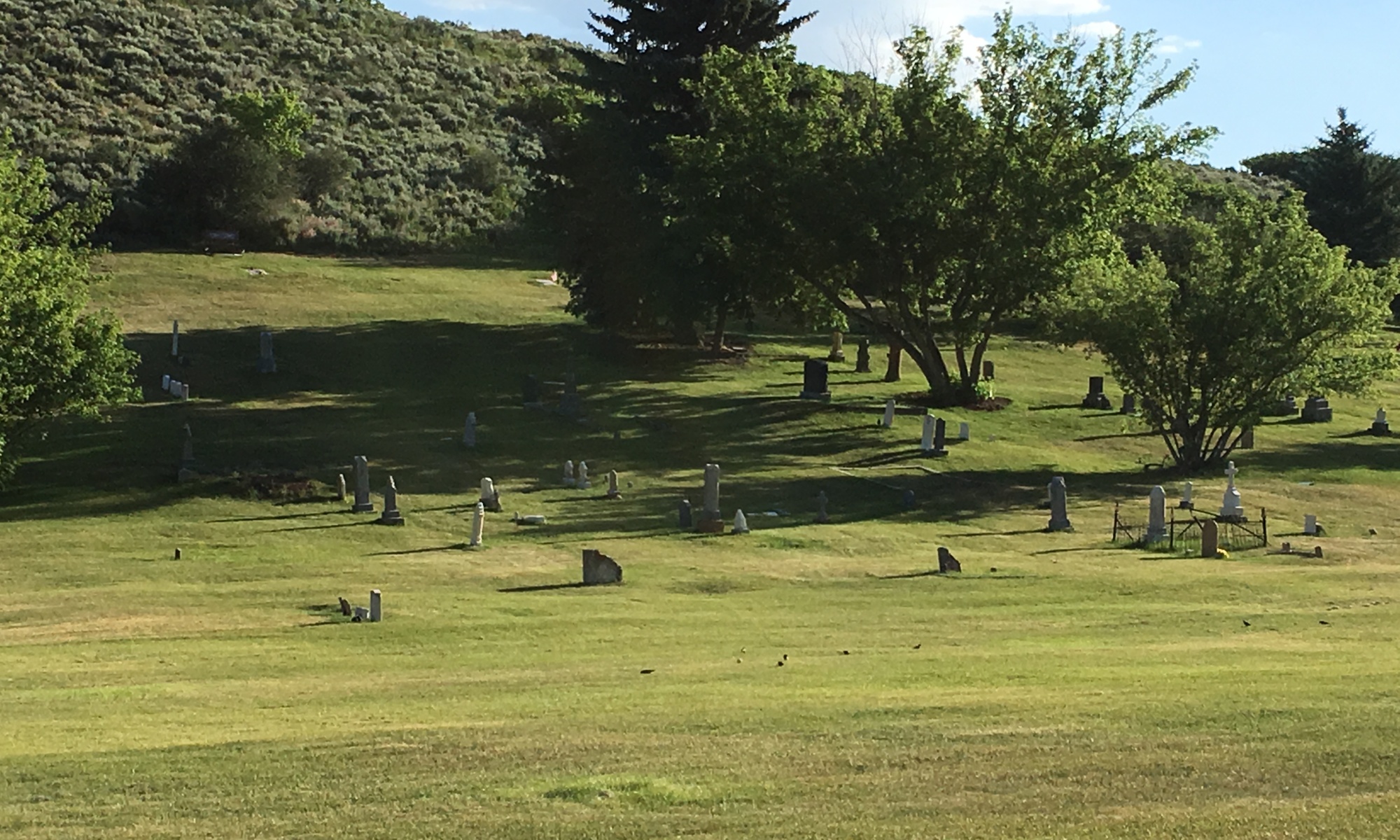 “New Atheism is, in fact, a pop-cultural phenomenon lacking in intellectual rigor and blissfully ignorant of the revolution that has taken place in Anglo-American Philosophy” (Craig, 2017a).

Highly educated atheists have begun to attract the attention of the innocent by using well-articulated, yet philosophically deficient theories to explain their positions. Among these “New Atheists,” Daniel Dennett, Sam Harris, Christopher Hitchens, and Richard Dawkins are (or in the late Hitchens’ case, was) arguably the most vocal and published. The present blog will offer a brief explanation of New Atheism, along with a rebuttal to some of the theories proposed by Richard Dawkins in his book, “The God Delusion.”

New Atheism explicitly endorses moral relativism and adheres closely to a belief in materialism. Moral relativism is the belief that all morals are culturally contingent and culturally determined, so people operate according to the acceptable norms within their societies. Moral relativism suggests there is no objective moral standard against which morals can be judged for societies as a whole. Accordingly, Nazis who acted in conformity with the skewed values of other Nazis in the death camps were simply being “normal.” In contrast, if an objective moral standard exists, Nazis would be judged against a greater sense of justice, which applies across all societies.

The reason atheists subscribe to moral relativism is because they believe the explanation for creation lies in evolution. To them, evolution takes the place of God. Since evolution cannot explain an objective moral standard (which can only be explained by an external moral agent and lawgiver), atheists must adhere to a relative moral standard.

Why doesn’t evolution explain an objective moral standard? Let me provide an example. Animals do not “murder” other animals. They kill them. And animals do not hold one another accountable for killing innocent prey. If a bass fish decided to chase and kill a tadpole because she was bored, the “crime” would likely go unnoticed by other fish and frogs. Humans would not accuse the bass fish of murder. Yet if a man decided to chase and murder a child because he was bored, society would hold him accountable. Such accountability crosses cultures and eras because it is a part of our objective moral standard. This example demonstrates that if we evolved from animals, the explanation for our innate sense of justice is unexplained by evolution.

So where did this sense of justice come from? If the universe is merely an accident and we are products of luck, why should we care about justice at all? Without a divine guide, we could have just as easily developed no moral sense of justice, killing and forcibly copulating our peers as animals do.

C.S. Lewis (1952, pp. 41) puts it this way: “My argument against God was that the universe seemed so cruel and unjust. But how had I got this idea of just and unjust? A man does not call a line crooked unless he has some idea of a straight line. What was I comparing this universe with when I called it unjust? If the whole show was bad and senseless from A to Z, so to speak, why did I, who was supposed to be part of the show, find myself in such violent reaction against it? …Thus in the very act of trying to prove that God did not exist –  in other words, that the whole of reality was senseless – I found I was forced to assume that one part of reality – namely my idea of justice – was full of sense.”

Atheist materialism is the belief that everything in the world can be explained by its physical properties, within the confines of physical science. As Dawkins (1998, pp. 215) says: “There is at bottom no design, no purpose, no evil, no good, nothing but pointless indifference. … We are machines for propagating DNA. … It is every living object’s sole reason for being.”

According to this belief, humans are “accidental byproducts of nature who have evolved relatively recently on an infinitesimal speck of dust called planet Earth – lost somewhere in a hostile and mindless universe – and are doomed to perish individually and collectively in relatively short time” (Craig, 2017b).

Dawkins (2006, pp. 196) states, “Genes ‘collaborate’ with hundreds of other genes in programming the developmental processes that culminate in a body, in the same kind of way as the words of a recipe collaborate in a cookery process that culminates in a dish…Genes then cooperate in cartels to build bodies…There is a butcher and a baker, but perhaps a gap in the market for the candlestick maker. The invisible hand of natural selection fills the gap. That is different from having a central planner who favors the troika of butcher + baker + candlestick maker. The idea of cooperating cartels assembled by the invisible hand will turn out to be central to our understanding of religious memes and how they work.”

To further develop these theories, Dawkins published the “God Delusion” in 2006. According to Dawkins (pp.  157 – 158), the “central argument” of his book is as follows.

In summary, Dawkins’ Central Argument makes these points: (1) humans are driven to find explanations of the world surrounding them (true); (2) humans have a natural tendency to attribute the appearance of a design to design (or a creator) (true); (3) however, we must ignore #2 because a Creator requires a Creator (false); and (4) Darwinian evolution is a substitute for God (false).

What distinguishes humans from other life forms is we have an innate desire to find purpose in our lives. Purpose leads to fulfillment and is an important component of human life. Without purpose, we suffer tremendous psychological consequences (Taylor, 2013). For this reason, Dawkins’ assertion that humans are driven to find explanations is reasonable.  We are innately driven to find explanations and this has been part of our nature since the beginning of humanity.

In his best-selling book “Man’s Search for Meaning,” Nazi death camp survivor Viktor Frankl states, “This uniqueness and singleness which distinguishes each individual and gives a meaning to his existence has a bearing on creative work as much as it does on human love. When the impossibility of replacing a person is realized, it allows the responsibility which a man has for his existence and its continuance to appear in all its magnitude. A man who becomes conscious of the responsibility he bears toward a human being who affectionately waits for him, or to an unfinished work, will never be able to throw away his life. He knows the “why” for his existence, and will be able to bear almost any “how.”

It is the human sense of purpose that distinguishes us from other life forms, along with our self-awareness (consciousness) and intentionality. Natural selection does not explain these as we have no scientific evidence for how life forms suddenly became aware of their surroundings. Daniel Dennett asserts that our consciousness is merely an illusion, which begs the question of whether he was conscious when he made such an assertion! We further have no scientific evidence for why we are innately wired to seek purpose and an explanation for our lives.

“The root of this present waywardness is always the same – the attempt of physicists to overstep the legitimate boundaries of science. The questions they most lust to solve are actually bound up with the issues of life and consciousness. But it’s a Sisyphusian task: physics can furnish no true answers for them” (Lanza, 2009, pp. 15).

“For we are God’s workmanship, created in Christ Jesus to do good works, which God prepared in advance for us to do” Ephesians 2:10.

Dawkins asserts that we have a natural tendency to attribute the appearance of a design to design. He points out that intelligent engineers design man-made objects, such as watches or iPhones or cars.  Yet he stops short of allowing the same attribution to be made for spiders, eyes, and other forms of life by suggesting that the presence of what he considers to be a larger problem (Who designed the designer?) eliminates the question of design altogether.  But the elimination of the question is premature. We have all been witnesses to the creation of life, whether from seeds, caterpillars, puppies, or fetuses. In all cases, a source created life. There is always a source from which designs and creations are derived.

1. Our senses tell us that there is some motion in the world.
2. All things moving must be moved by something else.
3. Motion is the change from potentiality to actuality.
4. It is not possible to be potential and actual in the same respect.
5. Therefore, the mover cannot also be the moved.
6. There cannot be an infinite regression of movers.
7. Therefore, there must be a first, unmoved mover.

NASA astronomer Robert Jastrow (1992) states, “I suppose the idea of a beginning of time annoyed Einstein because of its theological implications… There is a kind of religion in science… Every effect must have its cause; there is no First Cause…This religious faith of the scientist is violated by the discovery that the world had a beginning under conditions in which the known laws of physics are not valid, and as a product of products of forces or circumstances we cannot discover. When that happens, the scientist has lost control. If he really examined the implications, he would be traumatized. As usual when faced with trauma, the mind reacts by ignoring its implications – in science this is known as ‘refusing to speculate’ – or trivializing the origin of the world by calling it the Big Bang, as if the Universe were a firecracker.”

“Today’s preoccupation with unprovable physical ‘theories of everything’ is a sacrilege to science itself, a strange detour from the purpose of the scientific method, whose bible has always decreed that we must question everything relentlessly and not worship what Bacon called ‘The Idols of the Mind.’” (Lanza, 2009, pp. 14).

Processes of natural selection build upon and explain existing life forms, not the origin of the first form of life. And the first form of life, as with all life, contained deoxyribonucleic acid, or DNA. According to Meyer, the code expressed in DNA cannot be explained naturally. DNA code supports the existence of a designing intelligence.

“Indeed, Richard Dawkins admits that the amount of information in a one-celled life (like an amoeba) has as much information in its DNA as 1,000 Encyclopaedia Britannicas. Now, believing that 1,000 encyclopedias came into existence without any intelligent intervention is like believing that an entire bookstore resulted from an explosion in a printing shop. I don’t have enough faith to believe that!” (Turek, 2014, pp. 59). Human DNA contains genetic material that is over three billion characters long and each of those characters must be correctly ordered for humans to survive. According to Microsoft founder Bill Gates (1996, pp. 228), “Human DNA is like a computer program but far, far more advanced than any software ever created.”

An excellent peer-reviewed article on evolutionary biology and teleology from biologist Dr. Sy Garte can be accessed here: https://naturalphilo.files.wordpress.com/2016/12/pscf3-17garte1.pdf

“For I know the plans I have for you, declares the LORD, plans for welfare and not for evil, to give you a future and hope. Then you will call upon me and come and pray to me, and I will hear you. You will seek and find me, when you seek me with all your heart” Jeremiah 29: 11-13.

Lanza, R. and Berman, B. (2009). Biocentrism: How Life and Consciousness are the Keys to Understanding the True Nature of the Universe. Dallas, TX: Benbella Books.

Taylor, S. (2013). The power of purpose: Why is a sense of purpose essential for our well-being? Psychology Today. Accessed July 22, 2017 at https://www.psychologytoday.com/blog/out-the-darkness/201307/the-power-purpose

32 Replies to “Why Dawkins’ “God Delusion” is a Delusion”